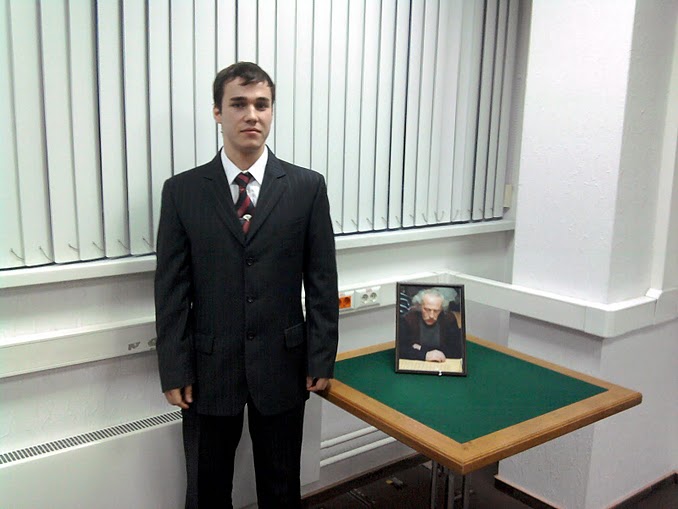 If one ever wanted to grant somebody to win a tournament it would be that Oleg Mezhov 6d would win the tournament organized to honor his father S.A. Mezhov, one of the great persons of the Russian Go world, did a lot to promote Go, and gave Russia many strong Go players, but regrettably he passed away on July 26 2009.

This year it was held in Moscow on January 21. It was a blitz-tournament and broadcasted on EuroGoTV-Russia.

Oleg is a very modest, honest and sympathic guy who truly loves go and like his father a gifted Go-teacher too.